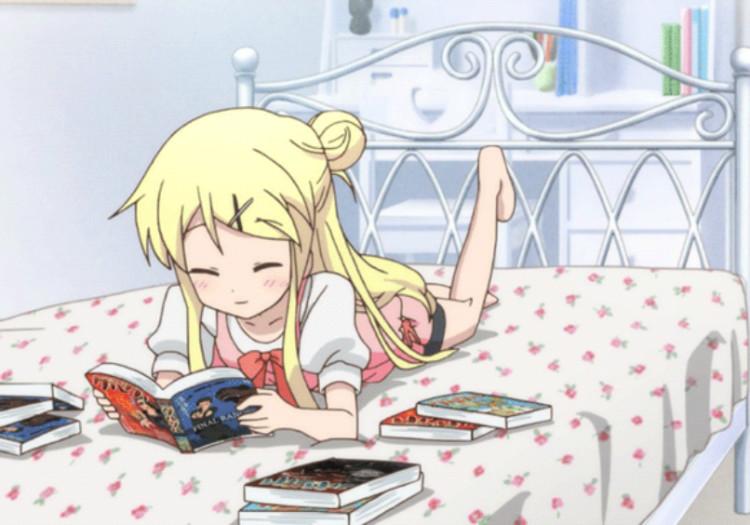 Whether by natural progression of life or a conscious decision, people can leave their favorite things behind. In this instance, we'll take a look at the ten levels of dropping the honorable title of 'otaku'. A Japanese Twitter user with the handle @mitragyna has dropped a list that, personally, seems relatable. Listed from better to worse, the ten levels, or steps an otaku might take, ends with them no longer bearing the title. 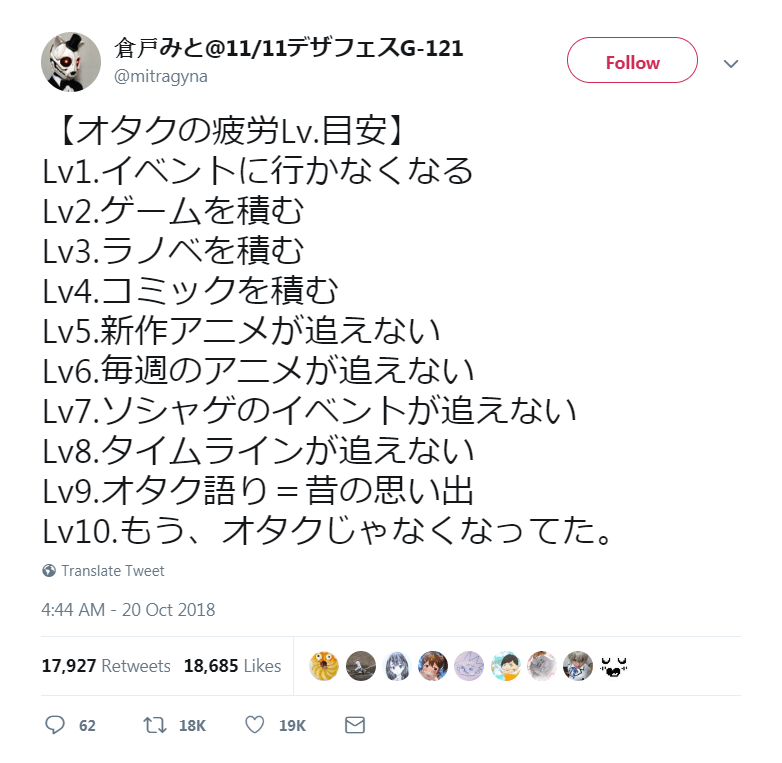 Level 1: You stop going to otaku-centric events and happenings

Level 5: You stop keeping up with new anime series

Level 6: You stop keeping up with anime series you were already watching

Level 7: You stop keeping up with seasonal events for mobile/browser games

Level 8: Your stop keeping up with otaku news in your social media feeds

Level 9: Whenever you talk about otaku stuff you’re using past tense

Level 10: You’re no longer an otaku

So, I said it was relatable, right? Well, for me, it kind of is. I used to binge watch whole series on a regular basis. I read all the manga I could. I even read some light novels. Nowadays, I scarcely read manga (even stopped reading some ongoing manga I enjoyed), and the last bit of anime I saw was Dragon Ball Super, which I did binge watch. I still read some manga, but not as much as before. So what happened? I honestly just stopped. No major reason. Seemed like a natural progression in life for me. I still enjoy seeing new things come out. So I'm probably on level 7 of the list, though I only play one mobile game right now. Used to be more, but I grew fed up with certain aspects of them, and the game devs didn't seem to give a damn about all the anger from their player base. The last one is that case, but this one is tied to a better game, so I'll probably stop playing when that comes out.

For cons, I went to AnimeNEXT for a couple years so damn long ago, I forgot when. It was fun though.

So, I leave it to you fine folks. Are you anywhere on the list of giving up the otaku life? Sound off in the comments below!

P.S. One of the manga I stopped reading was New Game!. I stopped around the time when Aoba was royally screwed out of that key art job she should have gotten. Then these new girls came around and looked like they wanted to start stuff. Yeah...

Another was Minamoto-kun Monogatari. Honestly, it was just going around in circles. New girl > date girl > have sex with girl > girl leaves > new girl. The chapters were also super short, and it took a while to update. The ecchi scenes were good, but dammit, a bit of progression would have been nice. 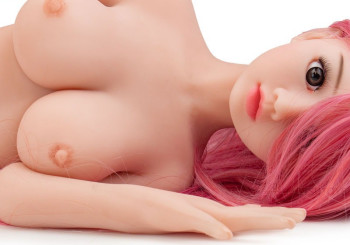 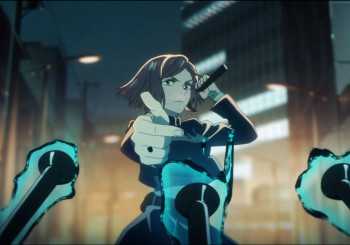 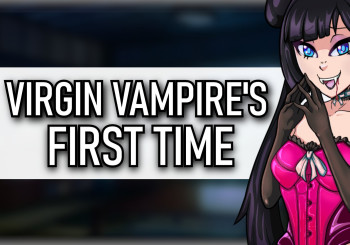 Enjoy a Spooky and Lewd October with DudeThat'sLewd 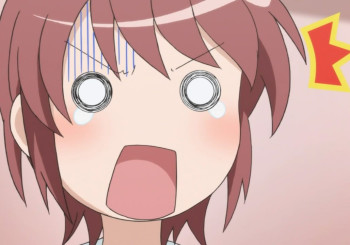 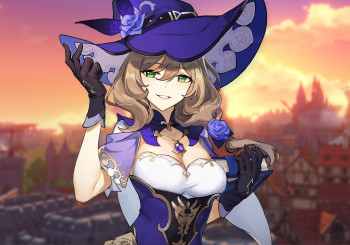 For a Librarian, Lisa is Anything But Quiet 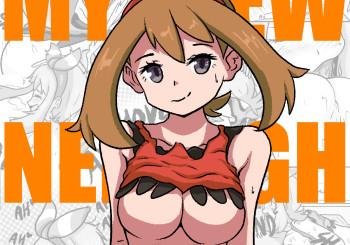 Audio Doujins: Catch Yourself a Sexually Frustrated May
Recommended for you 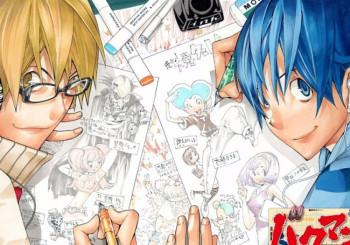 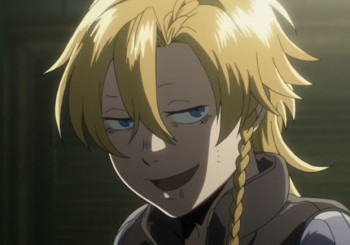 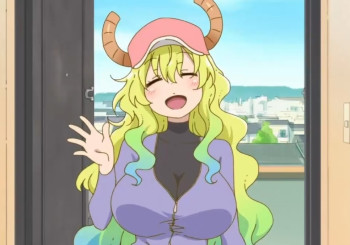 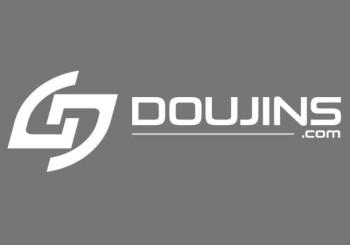 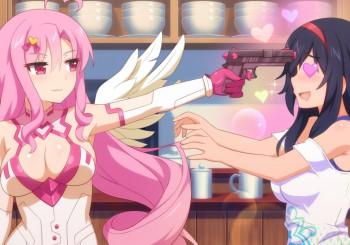 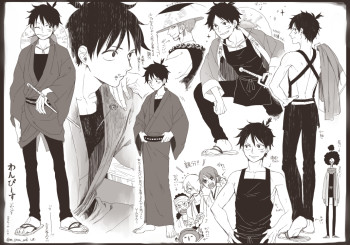